The Chef Syndrome – A Startup Killer 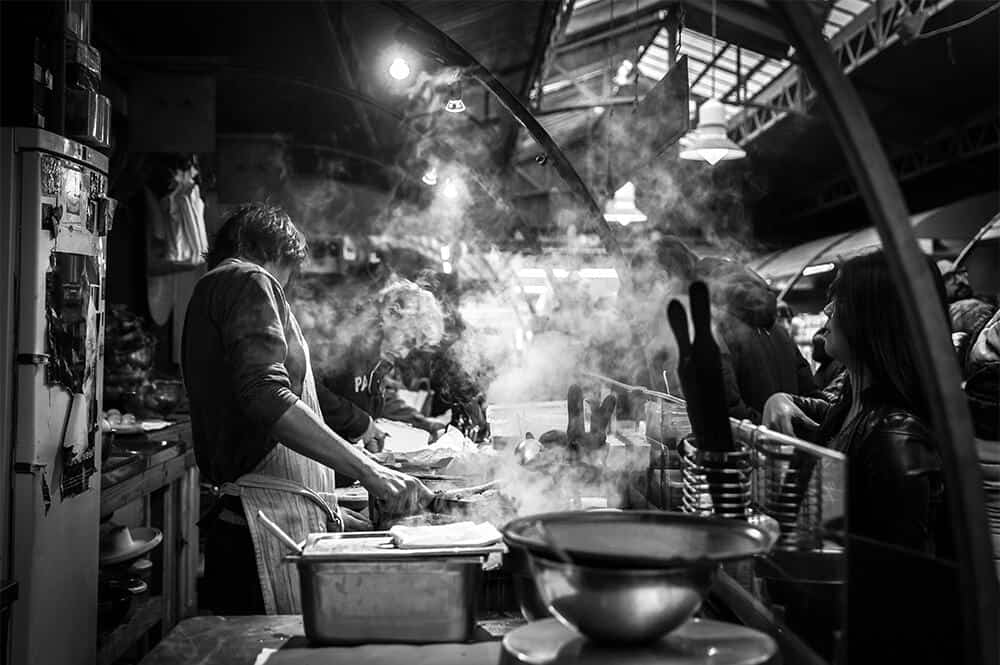 The entrepreneur’s Chef Syndrome, occurs when an aspiring entrepreneur has an unadulterated tunnel vision of his/her product or service idea, ignoring any outside influences and advice. In principle, this type of entrepreneur continues to stick to the original idea and “recipe”, lacking flexibility and tolerance to absorb constructive criticism from seasoned, experienced and skilled fellow entrepreneurs. And as such, failing to adapt to market needs and failing to get the idea “market ready”, in effect sinking the startup, even before it takes off. This behavior, I have identified, as being similar to a crazy chef and more often than not a startup killer.

Imagine the classic, cliché “Chef in France”…. no not the Swedish Chef on The Muppets! The good old-fashioned French chefs like Paul Bocuse and Roger Verge. During the many summers I spent in the South of France in my childhood, enjoying the fabulous French Cuisine, I was privy to many stories about classic crazy, sometimes dictatorial French chefs. I even experienced a few.

Photo by Jorge Zapata on Unsplash.com

Those French chefs ruled their kitchens like a dictator, nobody told them anything! They were often abusive, largely verbally, and if we believe Anthony Bourdain, even physically, to the people around them. Now, I guess we must all admit that the top echelon of French chefs, amassing Michelin Stars like hotcakes, were ruling the world with their amazing and innovative cuisine, making their restaurants very successful.

The Chef Syndrome – The (“crazy”) Entrepreneur in the Startup World!

Around the globe, there are many people with great ideas, but over the years I have concluded that many entrepreneurs fail, and many startups go under, because of a) a lack of cash and b) The Chef Syndrome. More often than not, the Chef Syndrome comes first, creating a toxic, unfocused and confrontational environment, dragging on unproductive behavior and actions, and by doing so creating a cash shortage and eventually sinking the startup.

The last few years, since I successfully sold my food business, I have focused more and more on startups, whether mentoring entrepreneurs, partnering entrepreneurs or quarterbacking startups. I advise them but also roll up my sleeves to create strategic plans and help them design and implement web sites and digital marketing strategies.

As I have come to meet those entrepreneurs, I’ve witnessed that most believe their idea is the best thing since sliced bread, on occasion without having done any market research to confirm this belief. Many, don’t do proper competitor analysis and some don’t even know who their target market is! Now, don’t get me wrong, enthusiasm about your product is great, it’s a must of course, but so is knowing that the days of “a good wine sells itself” are long over! A good idea is not a business!

Some entrepreneurs like Colin for instance, do not want to listen to the need for a solid business plan, including a mission statement, objectives and a strategy, the basics for any business plan. Nor do they believe the fact that online things change every day, even every hour, whether competition, software or platforms, creating a need to adapt the product, service, or concept as needed.

Colin is not the only entrepreneur who continued pushing his idea in the wrong direction, ignoring the financials and all the basics of marketing, the fundamental laws of the internet and e-commerce. He stayed fixated on his own recipe like a “Crazy Chef”. He had the “Chef Syndrome”! Imagine, wild hairs, screaming “Zut Alors” still believing his original recipe would sell like good wine! Unfortunately, those days are over baby! Ignorance will be your startup killer.

In today’s (internet) environment, where shelf space is unlimited, and competition online is by default global, you cannot waste any time on Chef behavior, ignoring or “abusing” everything and everyone around you. You cannot just focus on your one recipe, unwilling or unable to focus, define your goals, your target market, your competition, your strengths, weaknesses, opportunities and threats (SWOT) without, where necessary, adapting accordingly. Crazy or cocky Chef behavior in this day and age is like playing Russian roulette, even if you have a great idea! Thus, the Chef Syndrome will be your Startup Killer, eventually….!

And always remember, “just a great idea is not a business!

Hans van Putten owner of 40parkLane,llc  ran operations of his food manufacturing company for 17+ years building the Carolyn’s Handmade brand under the umbrella of 40ParkLane,llc.

After the successful sale of the food business, he took advantage of the years of business planning, operations management, web design, digital marketing and photography experience , to help startups, small businesses and home businesses and has been involved in a number of start-up ventures since.

Prior to founding 40parkLane,llc Hans worked for the Gillette Company for 10 years in various financial roles of increasingly bigger responsibility, leaving as Director of Business Planning for The International Group at Gillette HQ, Boston. Hans has an MBA (Marketing & International Business) from Aston University, and a BA in Business Administration from IHBO de Maere.